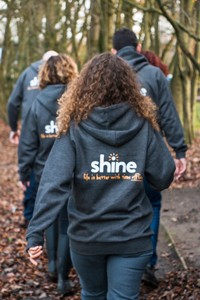 Welcome to Shine Offline and to our first blogpost. As a starter, we thought it made sense to give you a bit of background on the company. My name is Laura Willis and I am the founder of Shine Offline. Shine Offline has gone from being a notion, to a full-fledged idea, to something real in a very short space of time. And it’s all happened really quickly for a reason. Firstly, my own drive and desire to get it off the ground and keep my own momentum going. But secondly, and more importantly, the reaction I have had from people when I tell them about it.

Everyone I have spoken to has their own take on the subject. Most people acknowledge that they are on their smartphones too much, but aren’t quite sure how to reduce it. Others get frustrated at friends and family members who allow digital tech to butt in on precious time they have together. Others are concerned about their kids and guidance around how technology can play a positive role in their lives. And everyone who uses email for their work feels they are constantly connected to the office and that what was once perceived as a perk – the free blackberry or smartphone you get with your promotion – is actually a ball and chain.

People are burning out. They go on holiday but they don’t take the break they need.  They are online, checking their work emails. Their body is in Ibiza but their head is in the office. They aren’t taking the chance to re-charge and as a result they are reaching breaking point.

This is something I can definitely relate to, although my burn out was self-imposed as opposed to thrust upon me. As a self-employed PR and Marketing Consultant I was hooked on my smartphone and emails. Fear of missing out on social media wasn’t really a problem for me but when it came to my work I was constantly preoccupied with refreshing my email to see who wanted a piece of me or wanted to tell me something that would help me in my work. I abused the way I used email and replaced vital conversation in a communications role with emails. And then it became a vicious circle of sending, checking, sending, checking. And because I was constantly checking for emails on my phone, other mobile distractions preoccupied me too.

As life took its toll and the balance between work and home became untenable I made some changes. I came off social media. I took emails off my phone. I started to use the flight mode. I kept the phone out of the bedroom. I called people rather than emailed if I just had a question for them.  This wasn’t always very well received as people were using their emails to manage their day and had no time to speak to someone!

And then I became a mum and my world changed beyond belief. I was now juggling numerous projects and was living in this constant state of grey, distracted by my phone and finding it hard to decipher where work stopped and home started.

As my daughter started to become more aware of what was going on around her I became increasingly aware of the importance of me being present. She, or whoever I am with face to face at any given time, is my top priority. It says a lot to someone when you are trying to engage with them and they are constantly distracted by their phone. I don’t matter to them. They would rather be doing something else. What I have to say to them isn’t important.

Something had to give and I hit crisis point. Lower than I’d ever been and overwhelmed beyond belief I sought help from my GP.  I had dabbled on and off with meditation for a few years since my father had died, and my doctor suggested that I look for a local group that I could meditate with regularly as a way of managing the anxiety I was experiencing.  And that’s when things started to really improve. The acknowledgement that I couldn’t sustain this connected, confused existence anymore became much clearer to me as I started to create some space to really see my thoughts through my meditation practice.

Taking time out on a regular basis to sit and focus on my breath, learn from some inspiring meditation teachers, and also look around me as I went about my day-to-day, started to have a profound impact on my wellbeing. And as I embarked on this new journey I noticed the number of people around me were still back where I had been, drowning in a sea of emails and social media updates. I started to gently share some of the ways I had found to get a handle on my digital tech usage with other people and discovered that some people weren’t really aware of what was happening to them. They were so far into this new “normal” way of living that they couldn’t see why it may not be the healthiest way to do things. And they started to thank me for my advice and tell me that it was helping them.

And so, a few months later, Shine Offline was born.

I feel incredibly passionate about what myself and my colleagues are in the process of developing and am so excited about the opportunity to share what I have learnt, and am still learning, with others. There is lots of research that tells us about the negative impacts of being contactable and online too much. There is also lots about the power of embracing the now and pausing and having a break from it. I know that at Shine Offline we can help to arm people with the knowledge, tools and guidance to take control of their own digital distractions and improve the quality of their lives.

And today – in the middle of launching a new business – how is this all working out? Well, I am very much on a journey and swimming against the stream is never easy. I still look at my phone a lot and need to remind myself to go to flight mode. I have to physically turn my laptop off to stop myself from checking my email. And now that I’m working in an office I get to leave the laptop there in the evenings – oh the joy of not being connected at home!

My dream? To sit in a meeting and no one has their phone on the table. To commute into London and be surrounded by people snoozing, meditating, reading their book or paper, chatting with a stranger or just staring out the window. To go out for lunch or dinner and not share the table with three iPhones. To go to the playpark on a Saturday morning and see lots of parents pushing their kids on the swing without a mobile phone in sight. Designated “No mobiles” zones in restaurants, bars and anywhere that people may be where they should be experiencing time together.  In my utopia there are laws to prevent businesses from contacting employees on annual leave. People are given the freedom from their work to really take a break.

That may be a bit much to ask but what I do know is that when we start to take control of something that has started to control us, and remove the constant distraction, that connections feels stronger, there’s a lightness in the air and people seem happier. So let’s look out of the window, let’s pause for a moment, let’s really taste our food on our lunch break. Because life is better with time offline. Let’s shine!